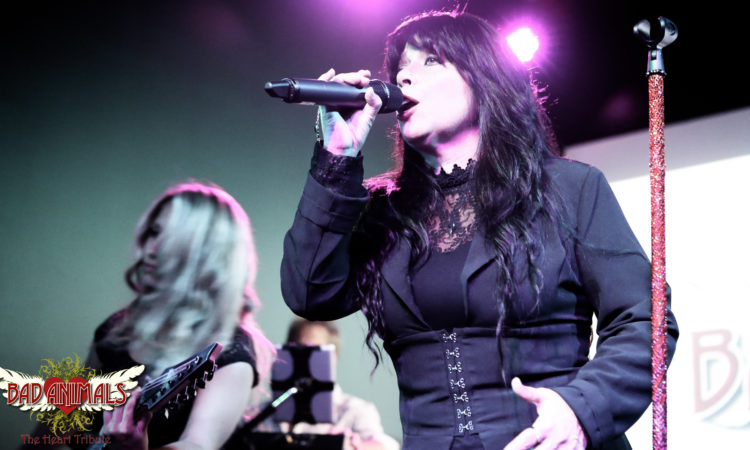 Daena D hails from Long Island, New York and leads this tribute as the perfect Ann Wilson. She has been singing for Bad Animals since its inception in 2001 and is one of the founding members.  Daena has fronted several hard rock projects and has performed in a variety of different cover bands that have a wide range of music. Her past projects include recording with Geoff Tate of Queensryche and with an all-girl metal band Thunderbox. Currently, she is working in the studio with a new original project called Sevenless whose members also play with Bad Animals. Their expected first release entitled “Bride of Sevenless” is expected in 2019.  In addition to this Heart tribute and Sevenless she also performs with John Blaze’s rockin Halloween production called “I Am Scarecrow”. Daena’s powerful vocal performances have claimed her as one of the top rock singers around. The way she captures Ann Wilson’s essence makes this tribute a must see! 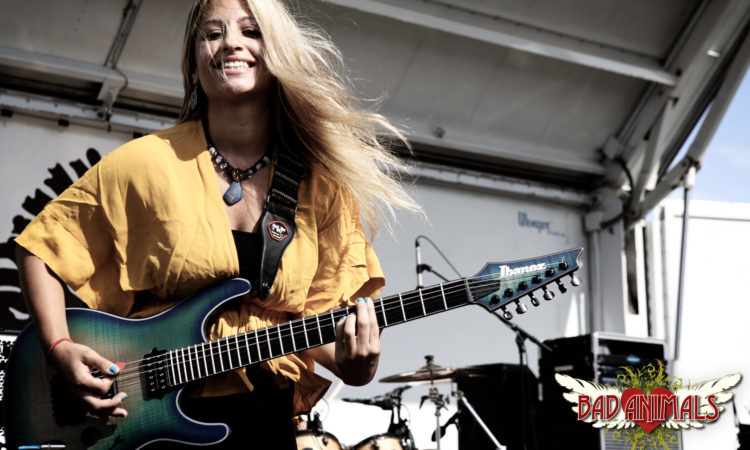 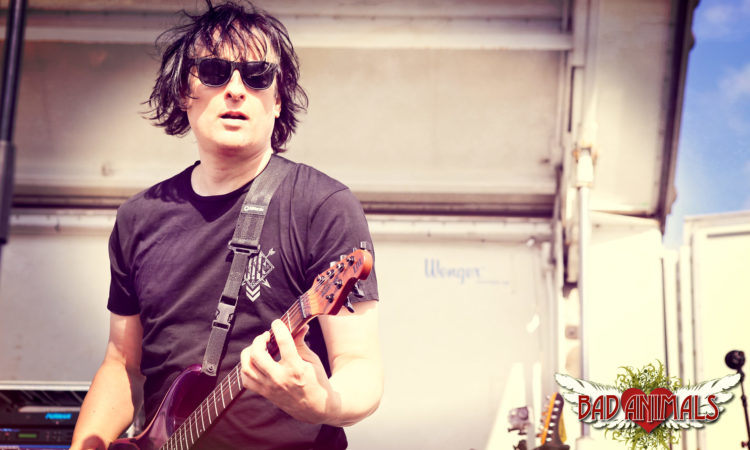 Tom is a well known musician and songwriter who is best known for his playing and writing for artists and bands such as Lita Ford, Jerry Jemott, Pop Smart Overdrive, Bent Pussycat, The Backseat Devils,  Walking the Line (The Johnny Cash Tribute Show), I Me Mine (George Harrison Tribute) and Almost Queen.  His session work and producing has led him to appear on well over two hundred releases and is currently in the studio working on a new original project called Sevenless with Bad Animals members Daena D, Chris Parrett and John LaSpina.  His critically acclaimed solo efforts (over 30 solo albums) have generated sales into the thousands and his songs have emerged in multiple movies, television shows, video games and commercials. Tom is a devoted user of Friedman Amps, Mad Professor Pedals, Intune guitar picks, Music Man Guitars, Mystar Cables, and Martin Guitars. Tom is the music director of Bad Animals and his creative and amazing talent propels this Heart tribute over the top. 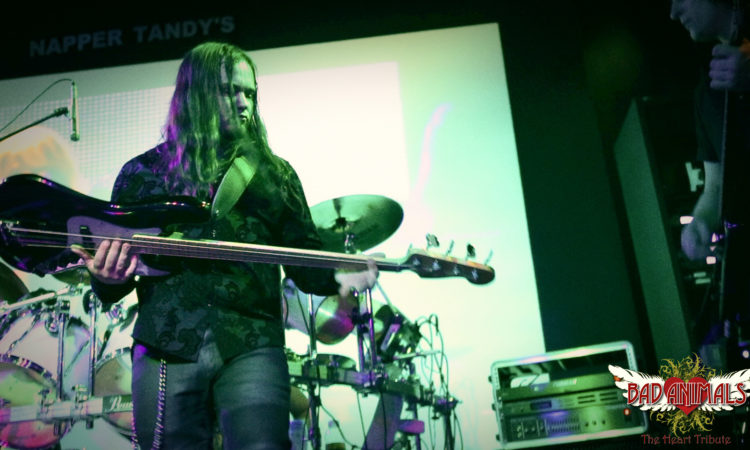 Chris is an active working bass player out of New York. Chris plays on a regular basis in several original and cover bands featuring some of the area’s best musicians.  He has played at some of the top venues/events including his Bad Animals debut at the Paramount in Huntington. Chris has taken what he learned from these A list players and morphed it into a style all his own. He is currently working on full-length records with Sevenless featuring members of Bad Animals, and blues based band Carrie and the Cats.  Both records are expected to be released in 2019. Chris lends his amazing talents to this authentic tribute to Heart. Bad Animals is excited to have him play such an essential role of the rockin groove that defines Heart’s music. 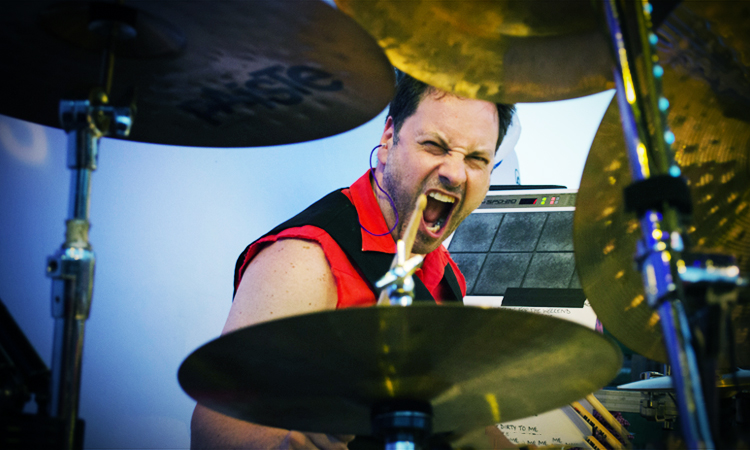 John started playing drums at 8 years old and studied formally with several drum instructors including Al Miller and Howie Mann. He cites Liberty Devitto, Carmine Appice, Simon Phillips, Stewart Copeland and Nicko McBrain as early influences; many more influential drummers would follow in the genres of jazz, funk, country, prog rock and fusion.  John is also a member of renown 80s tribute band Rubix Kube. He has shared the stage with artists such as Jeff Scott Soto, Dennis De Young, Rick Springfield and Brett Michaels and has made various TV appearances including Fuse TV and The Today Show.  Currently, he is also working on new original project called Sevenless with Bad Animals members Daena D, Tom Cavanagh and Chris Parrett.  In addition to drums, he also plays guitar. John’s rock solid timekeeping and musical sensibility is the perfect sonic foundation for this tribute to Heart. 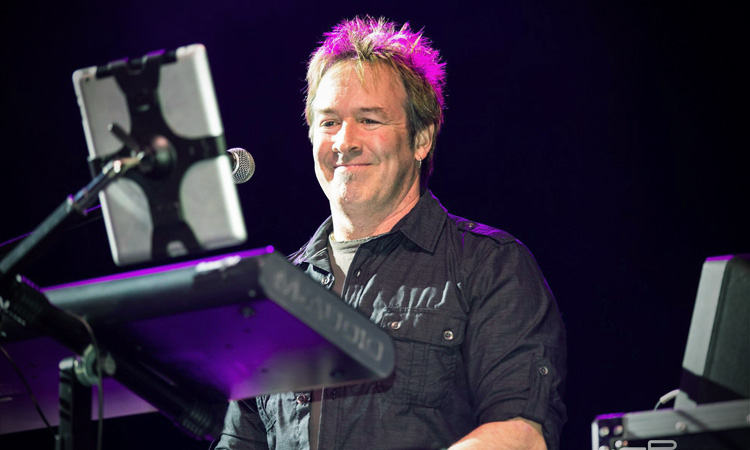 Kevin Thomas was born, raised and still lives in New York.  Influenced by his father who has been a drummer and singer since childhood and a big Doo Wop enthusiast. Kevin has been surrounded by music and harmonies his entire life.  He took up playing the piano at age 12 and hasn’t stopped since.  He has performed in numerous bands performing for over 25 years.  Some of the projects he has been a part of are 27West, Separate Ways (Journey tribute), The LPs, Decadia, We Rock (Dio tribute), and of course lends his amazing talents to Bad Animals – The Heart Tribute.  In addition, Kevin performs and fills in with an array of musicians playing guitar and singing as well as keyboards.  His multi-instrument abilities makes him a great asset for any band of any genre.